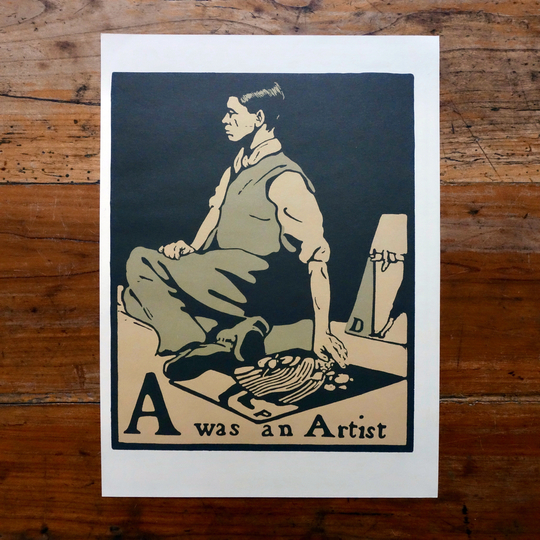 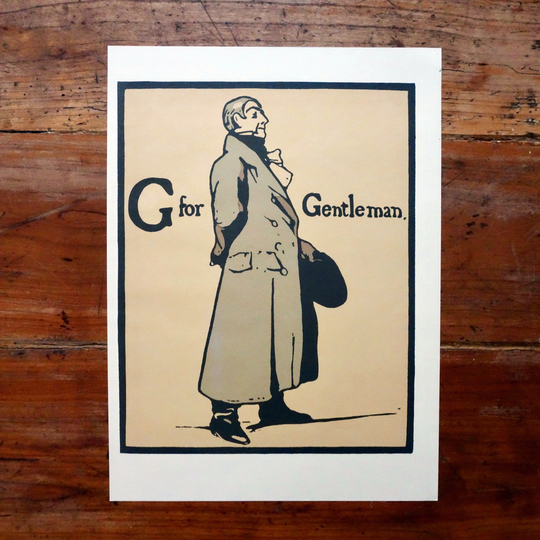 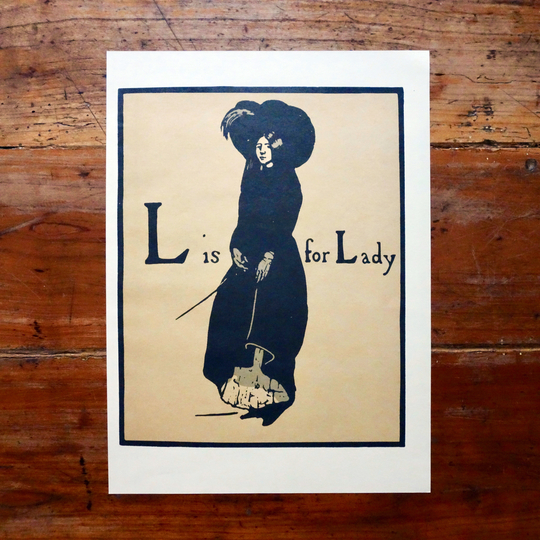 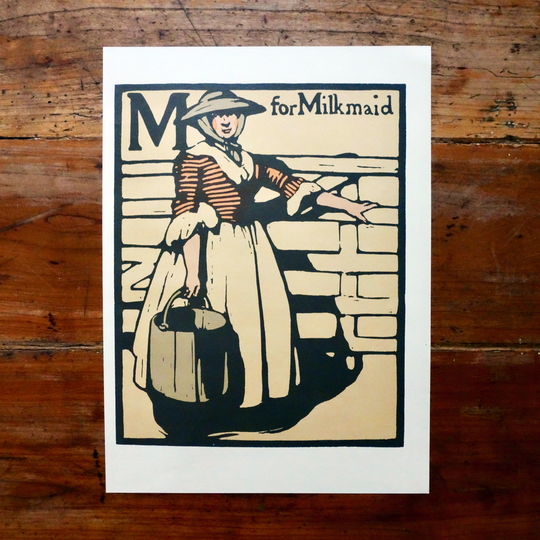 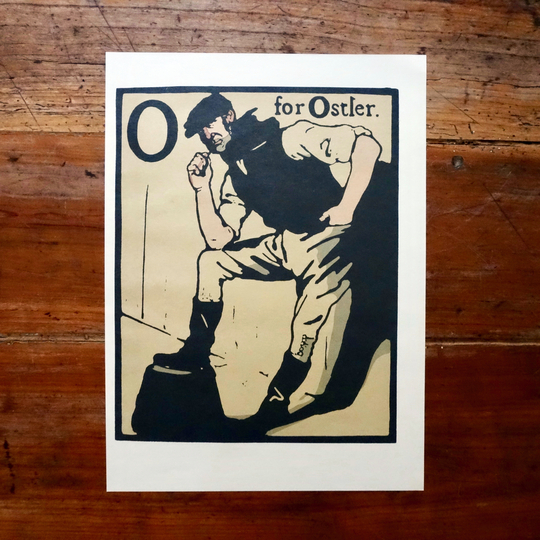 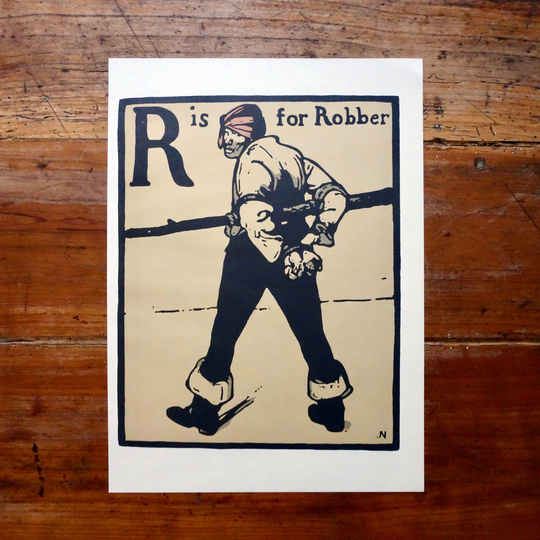 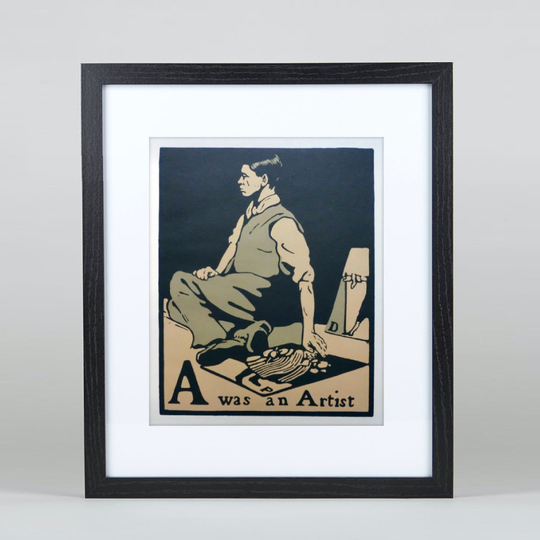 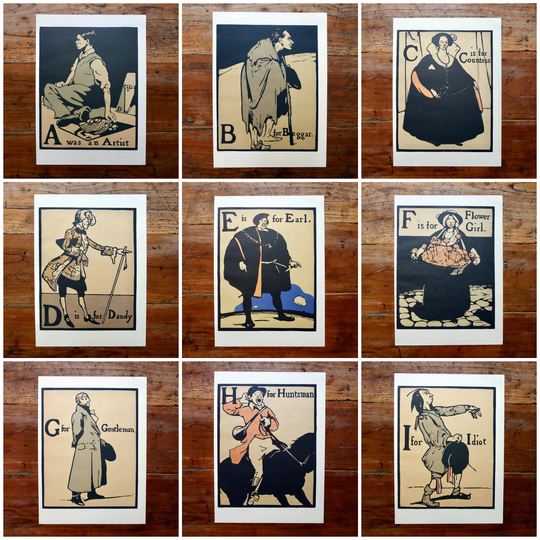 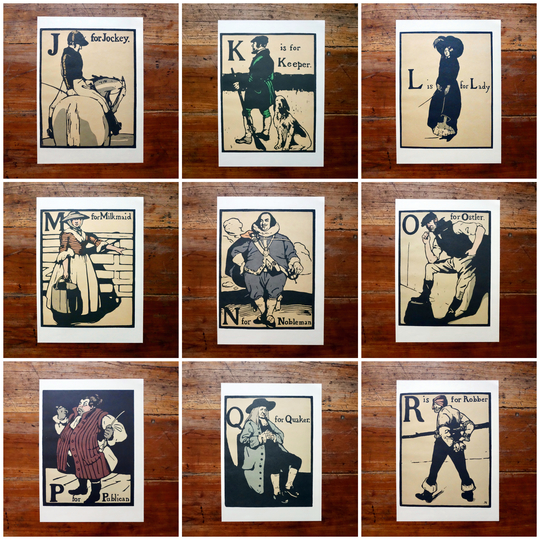 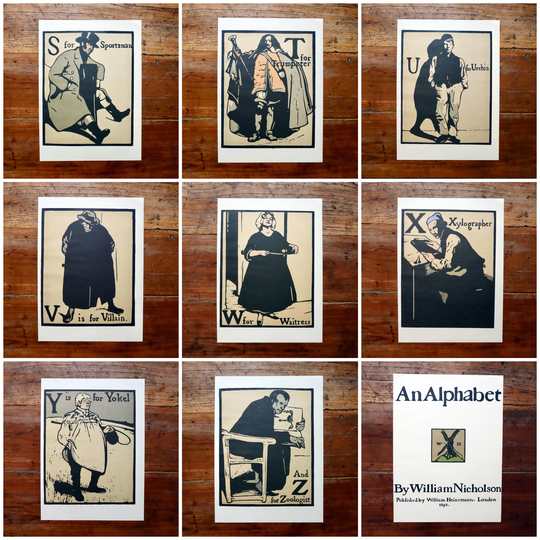 These beautiful illustrations are part of the 1975 re-print edition of 'An Alphabet' by William Nicholson, first published in 1898 as woodcut prints.

Each letter depicts a character somehow typical of British society during the Victorian era. The first letter includes an ironic self-portrait of Nicholson as a pavement artist. Nicholson’s Alphabet became increasingly popular with the public, which in time saw some of the original letters changed to be more commercially friendly, such as the original “E is for Executioner” and “T for Topers” later replaced with a more appropriate “E is for Earl” and “T is for Trumpeter”.

This is the original set from the 1975 bound edition.

Thank you! Your submission has been received!

Oops! Something went wrong while submitting the form