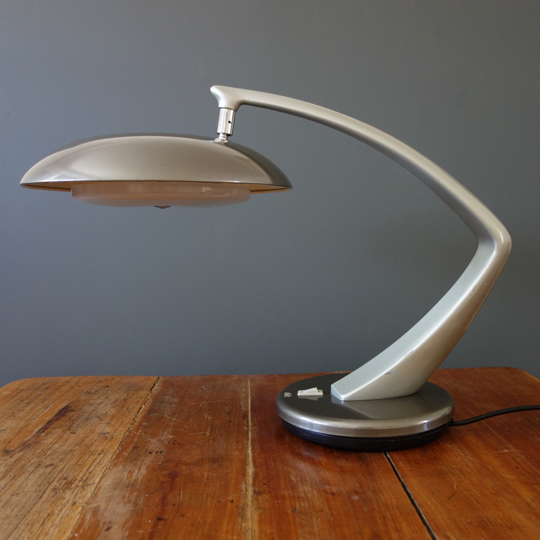 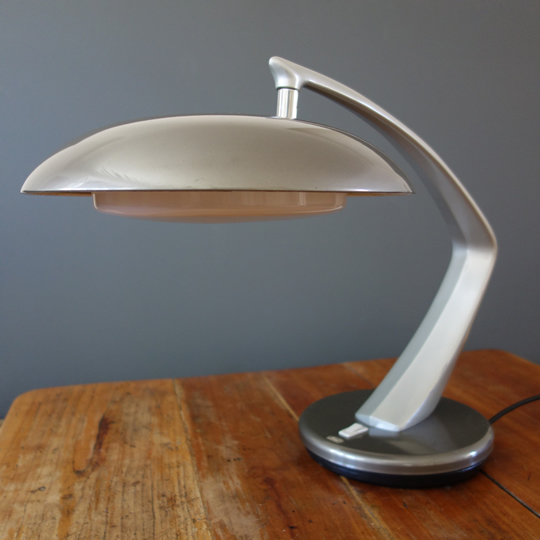 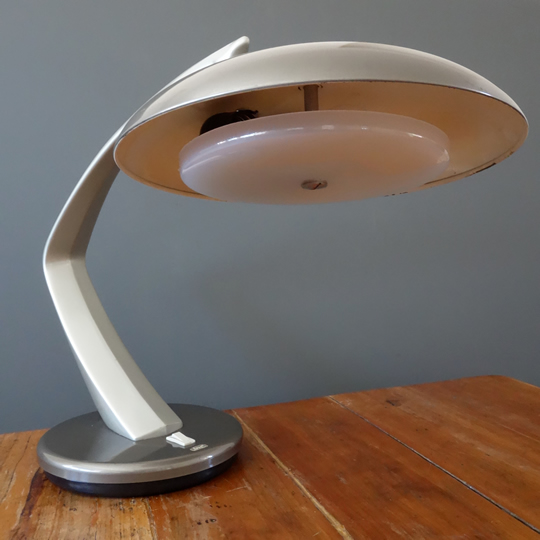 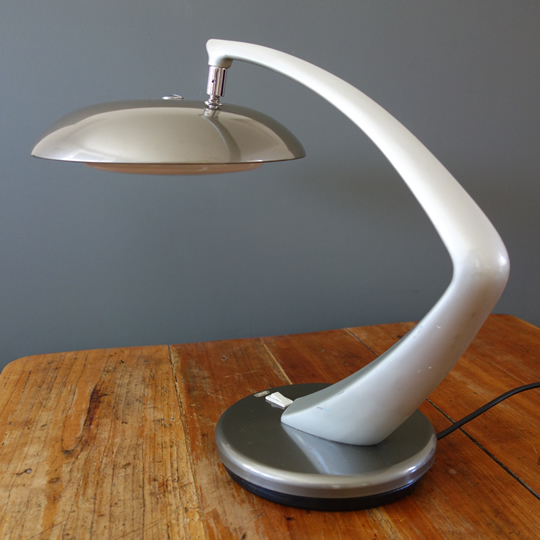 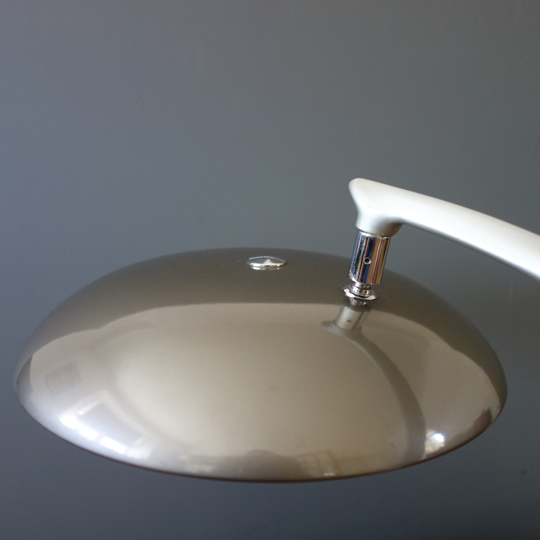 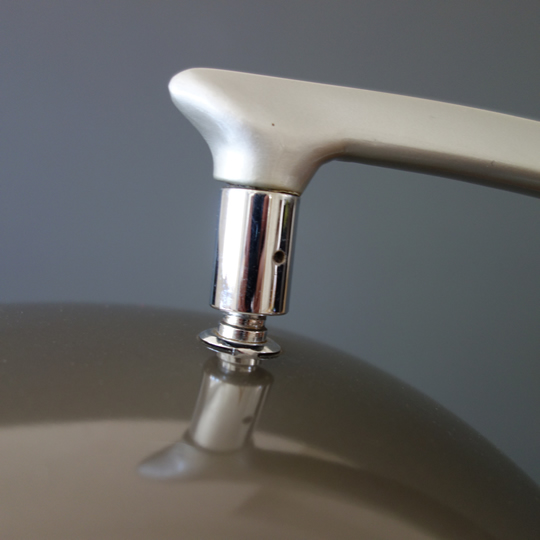 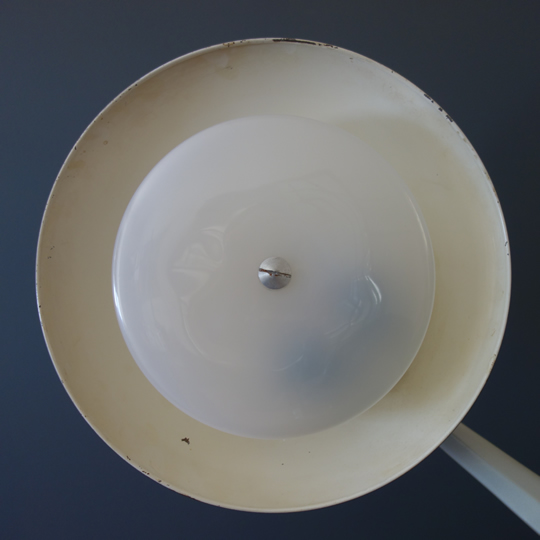 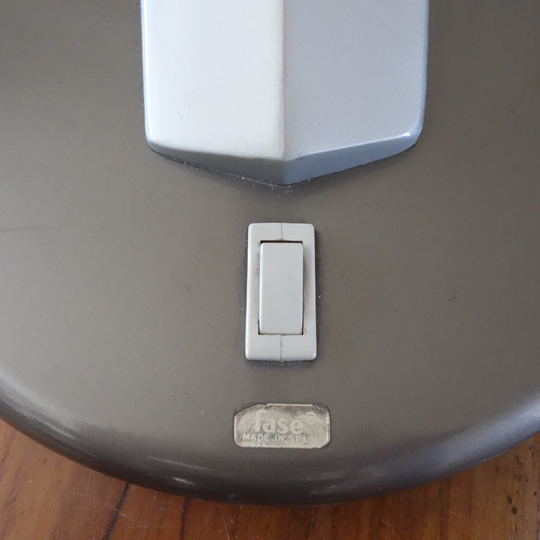 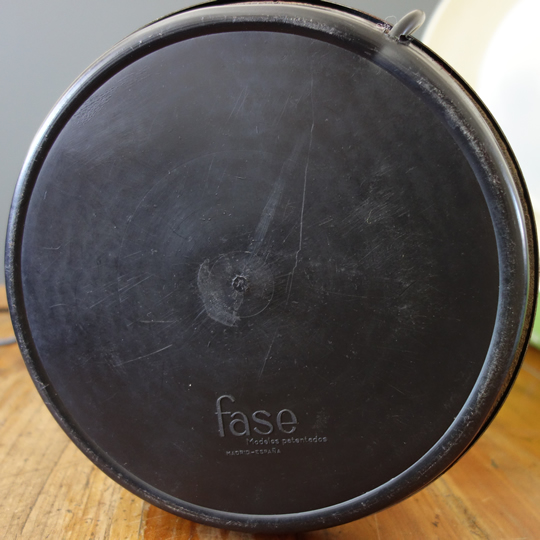 Known as the "Boomerang 64" this stunning desk lamp was produced in the mid 1960's by the Spanish manufacturer Fase (Madrid).

It is believed that the company was in production during the latter part of Franco's regime in the 1950's and would have closed its doors sometime after the dictator's death in the mid 70's.

This beautiful lamp is made from steel and lacquered in two shades of metal grey, coming with its original plastic light diffuser and two bulb holders.

The base swivels 360 degrees and the head is also articulated.

In rare good vintage condition with minor scratches on the arm and a very tiny bump mark on the shade near the pivot point.

The lamp also come with its original sticker beside the light switch.

Fully working, recently rewired and PAT tested for UK use.

Thank you! Your submission has been received!

Oops! Something went wrong while submitting the form